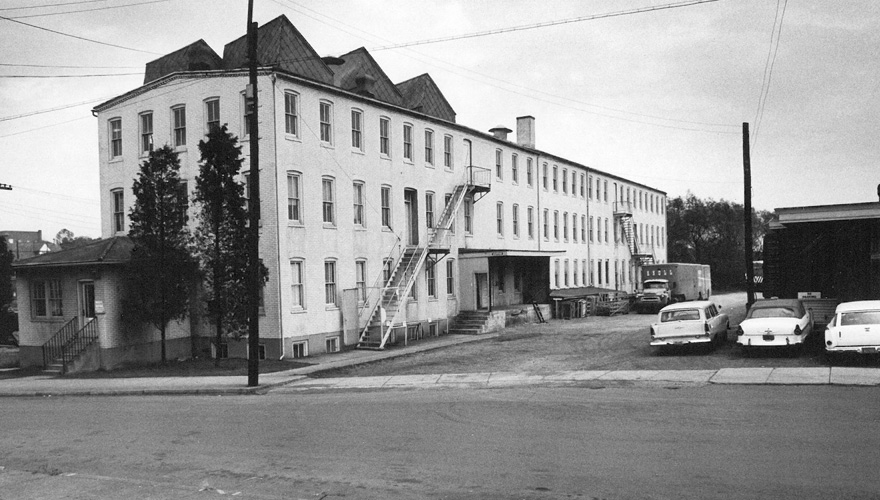 The company’s roots extend well into the creative and artistic fervor of the early 20th Century, at home a abroad. Explore this timeline to discover more than 80 years of Knoll and its place in modern design history

To set the scene: the Deutscher Werkbund, formed in 1907, was born out of the confusion and concern regarding the place of the artist in the second half of the 19th Century. The Bauhaus came soon after. Meanwhile, Hans Knoll, born in Stuttgart, Germany in 1914, is the second son of Walter Knoll, a successful second-generation furniture manufacturer. His grandfather, Wilhelm Knoll, founded the family business in 1865 and built a reputation for high-quality furniture. Walter and his brother, Wilhelm II, who followed the Werkbund movement closely, chose to redirect the business and create furniture for new modernist interiors. Hans would soon follow. Across the Atlantic, Florence Margaret Schust is born in Saginaw, Michigan, in 1917.

Walter Gropius founds the Bauhaus School in Weimar, Germany. Gropius, an active member of the Deutscher Werkbund, conceives the Bauhaus as an institution dedicated to uniting the fields of art, design and industry in order to elevate the quality of mass production and advance social order in post-war Germany.

[+] The Bauhaus’ influence on the world of architecture remains immense. One of its most famous members and its final director Ludwig Mies van der Rohe, once said “the Bauhaus was not an institution with a clear program — it was an idea…The fact that it was an idea,” he believed, “is the cause of the enormous influence the Bauhaus had on every progressive school around the globe. You cannot do that with organization, you cannot do that with propaganda. Only an idea spreads so far…” This idea and the associated belief in the confluence of art and industry greatly affected Hans Knoll and likewise inspired him to help bring modernism, through furniture, to America.

At the Bauhaus, 23-year-old Marcel Breuer — inspired by bicycle construction and informed by the techniques of local plumbers — revolutionizes the world of furniture design with his experiments in tubular steel. The results are the Laccio Tables and the Wassily Chair — named after Breuer’s friend Wassily Kandinsky, the first person to whom he showed the chair.

[+] While they are now heralded in the history of modern furniture, Breuer’s chairs were not universally appreciated at first. Breuer later recalled, “It was so revolutionary at the time. The Wassily was so new. It is difficult to imagine today. People had jumped on it in exhibition to destroy it. They thought the whole world was going to end now with this furniture.” LEARN MORE

Under rising political pressure, the Bauhaus is forced out of Weimar in 1925 after funding support is withdrawn. Gropius moves the school to Dessau , Germany where a sympathetic socialist mayor allows him to continue operating. In Dessau, Gropius is able to design a new facility to house the school. The resulting building, completed in 1926, epitomizes Gropius’ architectural theories and is regarded as one of his finest projects.

[+] The exhibition featured buildings designed by Peter Behrens, Walter Gropius, Le Corbusier, Ludwig Hilberseimer, and Mies. The collection of buildings shown at the Weissenhof exhibit is remembered as the first display of the International Style, a term later coined by Phillip Johnson and Henry Russell-Hitchcock to describe the modernist aesthetic in their book that followed the 1932 Modern Architecture: An International Exhibition at The Museum of Modern Art, New York.

Ludwig Mies van der Rohe and interior designer Lilly Reich design a collection of lounge furniture as part of their design for the Lange residence in Krefeld, Germany. At this time, Mies also designs his first tubular steel furniture — a side table and chair later known as the MR Series. Both the Krefeld designs and the MR Series would later be produced by Knoll.

While teaching carpentry at the Bauhaus, Marcel Breuer continues to experiment with tubular steel. As a complement to his Wassily Lounge and Laccio Tables he develops the Cesca chair, a simple design that would become an icon of the modern movement. 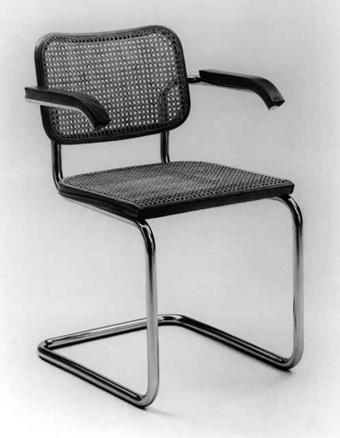 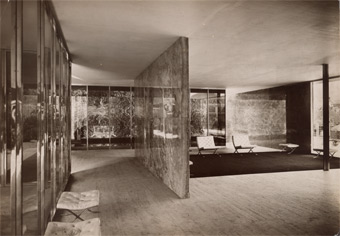 Mies van der Rohe is selected to design the German Pavilion for the 1929 Industrial Exposition in Barcelona. Mies includes newly-designed chairs and stools conceived specifically for the King and Queen of Spain — the Barcelona Chairs.

[+] Although it only stood for seven months, the Barcelona Pavilion, as it is now called, is recognized as one of the great achievements in modern architecture, as are the Barcelona Chairs. A group of Spanish Architects used original photographs and an approximate floor plan to recreate the famous structure in 1986.