Knoll presents the Bauhaus Limited Edition of the Wassily™ Chair 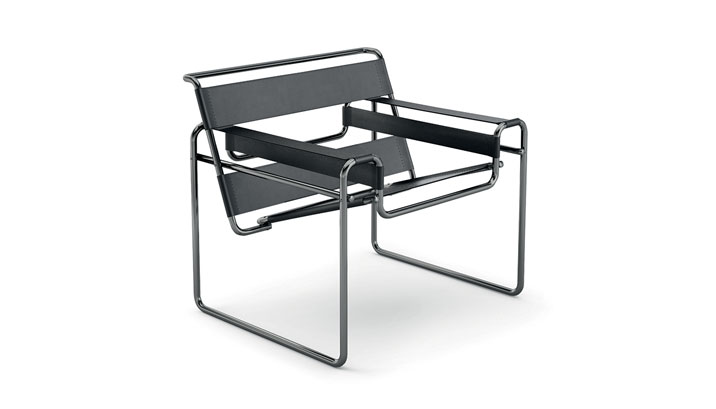 To celebrate the anniversary of the Bauhaus, where Marcel Breuer was first a student and then a teacher, Knoll focuses on the iconic collections, creating a Bauhaus Limited Edition of the legendary  Wassily™ Chair. This version will be produced just in 500 pieces and will be offered with a sophisticated black finishing of the metal structure, certified and numbered to commemorate the centennial of the movement and the close ties with Knoll and the foundations of its inimitable design approach.
Marcel Breuer was one of the pioneers of the use of metal tubing.
This feature – synonymous with rationalism in the history of design – made it possible to create light furnishings, in terms of both physical weight and visual impact. The result is versatile, elegant, capable of enhancing the legibility and livability of architectural space.
Breuer’s furniture projects are among the most coveted pieces by contemporary architects. 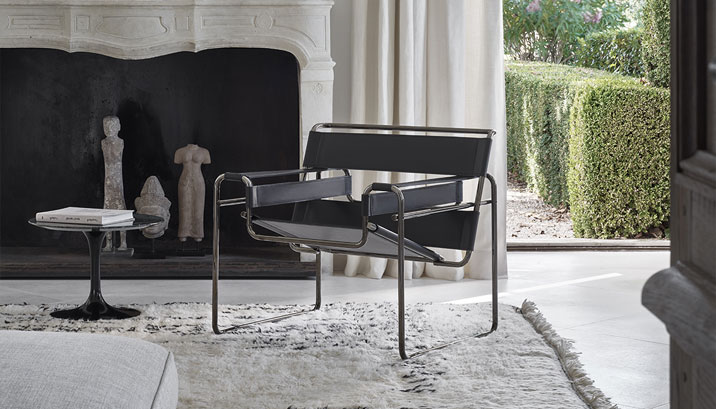 Inspired by the frame of a bicycle and influenced by the constructivist theories of the De Stjil movement, Marcel Breuer was still an apprentice at the Bauhaus when he reduced the classic club chair to its elemental lines and planes, forever changing the course of furniture design. He conceived the first tubular chair which he based on the frame of a bicycle. Later named after the artist Wassily Kandinsky, the classic icon is made of tubular steel finished, with upholstery straps in a range of leather or canvas.
The construction of strips suspended on steel tubes, immediately became a symbol of Modernism.
More than nine decades since its debut, the Wassily Chair has not lost any of its modernity and elegance: it is a timeless classic in the history of design.